The Day Has Come: Bran Hambric Will Be Published

So the news is out and it’s my turn to make the announcement I’ve been dreaming of for years. I just got word that my debut novel, BRAN HAMBRIC: THE FARFIELD CURSE, is to be published by Sourcebooks Jabberwocky. 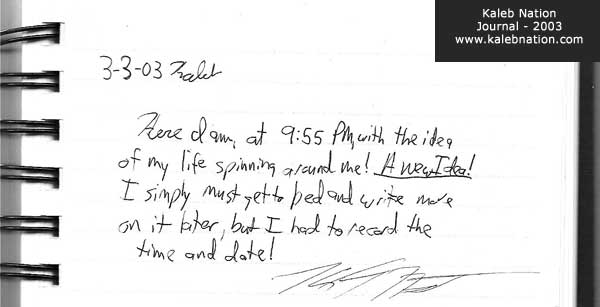 That picture is from my journal in 2003, when I was 14: the very night I had the idea that would become this book. I had no clue.

It is impossible to explain to someone who doesn’t write books how amazing it feels to receive the call you have been anticipating for most of your life. That call came last Thursday, March 6, when I was in Rhetoric class and my phone started to buzz. I picked it up and saw my agent’s name on the caller ID, and it was at that moment I knew I was really, finally, going to be an author. I barely finished the last five minutes of class, dashing out and across campus, playing his voicemail nine times on the way. I made it into the building for the next class and called him back, and he had a deal.

Of course afterwards I couldn’t shut up about it. I did have a wonderful excuse for being ten minutes late to my next class, and after everyone started clapping I just barely made it through my speech (my assignment was to talk about web design) and I can’t honestly remember one word I said. People next to me at my next class somehow overheard my whispered phone call to my mom and started congratulating me as well. And when I got home, my roommate and I ordered pizza to celebrate. 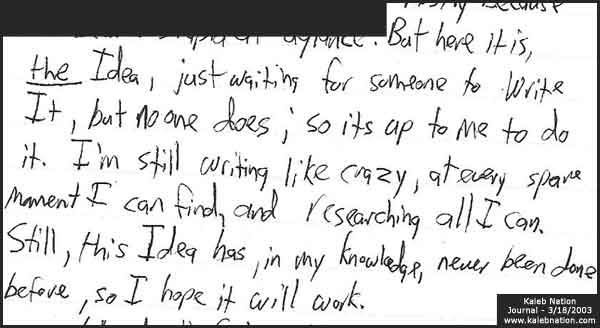 There are so many stories behind the writing of this book and it would be impossible to tell them all: back when I used to punch drafts out on a monochrome Palm Pilot while watching my baby brother taking a nap; when I had the revelation of a

character’s backstory and had to write it out on a Whole Food’s grocery bag; when I talked to the security guard at that publishing house who told me that he hoped he’d get to guard my books one day. This is truly just the beginning of what will be the culmination of dreams I have held since before I can remember. I never could have possibly imagined five years ago when I had the first idea that anything like this could have come about: never in a million years would I have thought that one day, the words I wrote through all of my teenage years would one day fall into the hands of people who would enter into my world: this strange world I made and thought was so crazy and yet just had to write about because I loved it so much.

I can’t begin to imagine what my life will be like in another year when it’s out, or another three years or six. To actually step foot on what has been your lifetime ambition is mind-altering, and once you’re there you’ve got to set a whole new list of goals. More than anything, I wanted a radio show and to be an author. It looks as if I’ve gotten both.

I do not know exactly how much I can say here until I have the official press release from my publishers, but I do know that the book is currently set for a late 2009 or early 2010 release. Sourcebooks Jabberwocky is one of the nation’s largest independent publishers with many bestselling titles under their belt and sales upwards of $50 million. They are very innovative in their approach at publishing and I have complete confidence that they will be a wonderful home for my series.

We’ve got a long road ahead of us to make this happen: this is just the beginning, the first book, the start of it all. Things can only get better!