The Search And Destroy List [Ideas On Revising A Book]

Writing a book can cause an effect similar to self-hypnosis. After hours of clicking keys with my brain in another world and my mind blocking out all natural surroundings, I tend to fall into a type of trance. Suddenly, the words being typed aren’t even intelligently thought-out paragraphs, but just what spills out as my fingers move. In this state, though our appearances may vary slightly, little differentiates me in writing skill from a stupid monkey with a typewriter: 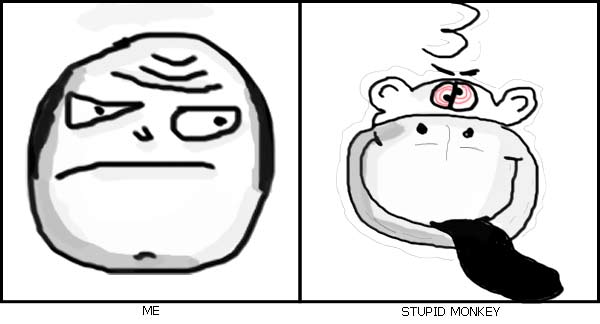 Thus, to my horror,when I go back over first drafts, I find paragraph gems similar to this:

The magnificence of this mansion, every piece of magnificent furniture it housed: I would have eagerly thrown it all away for the magnificent device before me now. My eyes had glanced over the Bentley Coupe, the Rolls-Royce, and even the Ferrari – locking on the single piece of flaming red glory behind them. A Shelby GT500. The most magnificent car that earth had ever been graced with; the car no road deserved to feel trample its gravel. The wheels were the blackest of black, the windows tinted, the sweepingly magnificent angles of the hood and side and door like a carefully crafted ship. The silver cobra on its front seemed to whisper seductively at my heart. If I had had my camera, I probably could have photographed its two front lights, and likely would have been able to read nothing but magnificently magnificent bliss behind their magnificent pupils. 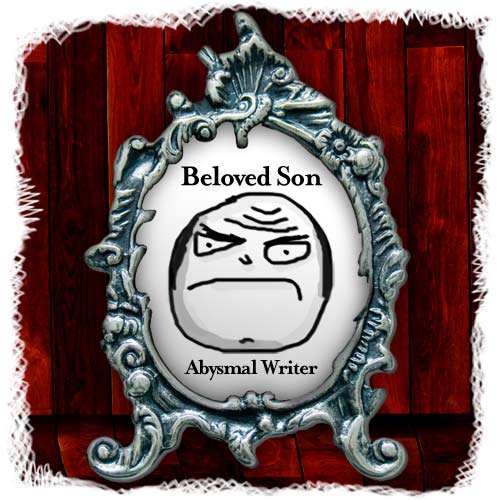 It is a very good thing to be able to write a first draft without thinking of what the words sound like or what you are repeating, because the first draft is intrinsically just getting the story out there. But when you’ve finished telling the bones of a story, it can’t stop there, or you end up with paragraphs like the above — with a kind soul and good heart but eighteen ugly arms growing out of its back. The manuscript has to be rewritten, revised, and a Search And Destroy list has to be made.

With every book I’ve written, I’ve gotten hung up on a list of words that somehow get repeated dozens of times in my drafts. My brain simply passes over the 15 times I said a character ‘hissed’ on page 211, or the 15 uses of the phrase “demonically possessed since birth” when describing any goats. But when I go back, with the help of friends, I am able to form a list of my most commonly overused words, to search them out and destroy them. For example, in my current Secret Project, this is part of my Search-And-Destroy List:

The list goes on. Before anyone gets to see this book, I will have successfully found every time these words were overused in my manuscript, and VANQUISHED THEM.

Rewrites like this are a huge part of writing. My first book went through so many rewrites, I began labeling my drafts with decimals. Deep in my OLD STUFF subfolder of the BRAN HAMBRIC subfolder of the KALEB’S NOVELS folder on my computer, there are many documents labeled things like BHTFC-Draft9.7.doc, BRAN-HAMBRIC-FINAL.doc, BH-REALLY-FINAL.doc, FINAL-FINAL-VERSION-BH.doc, etc.

Even after I sent the FINAL-BH-SEND-TO-EDITOR.doc version off, there were still so many changes that now my original document only slightly resembles what has been printed. My plans of making my own pirated version of my book that search-and-replaced Bran Hambric with Uncle Pennybags are ruined.

In a few hours it will be January 2011. I recently finished the rewrite of my Secret Project, so I can start the New Year entirely fresh. Writers who ventured into their stories during NaNoWriMo will also have a chance to go back to their manuscripts with a fresh eye in a fresh year. You’ll have to become acquainted with my friend Revisions. R. and I know when the time has come for us to have lunch together, or fifteen lunches together, or when we have no choice but to stay up until 3 AM sharpening our Backspace Swords and our Delete-Key Javelins together.

As you re-read your first draft, you may be horrified by the things you placed on the page. But don’t worry. I learned quickly how to use the FIND key in my word processor, and how to remove the 823 times my antagonist feels chagrined.

Comments: what words do you find yourself repeating in your early drafts?