Guard The Books [How I Became An Author]

I’ve been writing stories since I was nine years old. My first dozen or so tales starred a particularly familiar character named King Kaleb, who had a penchant for explosions and was friendly to aliens. My parents would dutifully print these out, draft after draft, and let me pile them in my room.

But by the time I was ten, I was over the Microsoft Word double-sided printout booklets. Normal printer paper does not fold into the same width of an actual book book, and this wrecked the realism when I signed these booklet prints for my imaginary audience*. And besides, as anyone who’s tried this knows, it’s impossible to get the staple in the exact center of those pages. 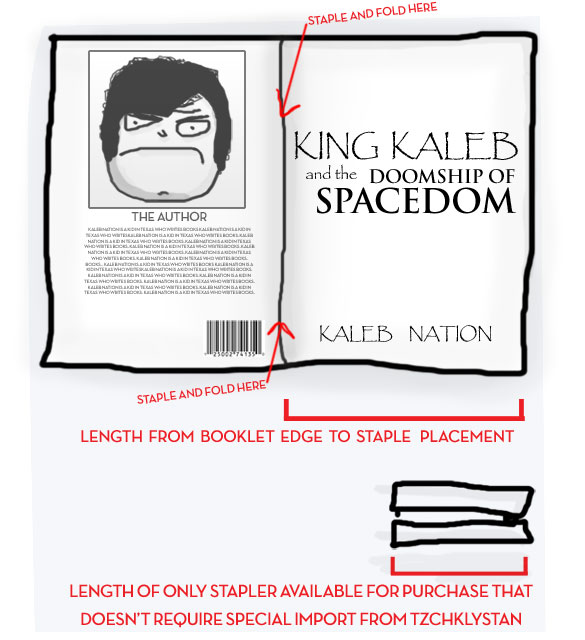 Growing sick of this cruel sequestering of my obviously superior storytelling skills, I eventually decided it was time to be published, and let them deal with the folding and the stapling. I figured being twelve years old would give me some credit, because I was only one year away from being a teenager, and teenagers were practically adults.

So, I dug up the number of the senior editor of a giant publisher, and called her office.

I was prepared. I had a pitch ready for my amazing story about a town of elves being invaded by evil flying wizards, loosely based upon a city of Legos I had built (with photographic reproductions on hand in case my future publishers needed them / my little brother smashed my enormous buildings). The title: Enchanted Memories. If you can judge a book by its cover, this would be the cover: 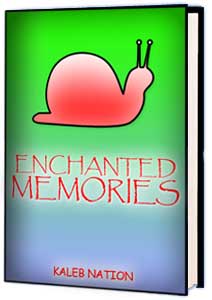 The editor was not enchanted by any of my memories. Somehow, my call was immediately routed to the security guard downstairs.

This might seem like a rather depressing turn of events, but the guard ended up being instrumental to me. In the process of telling me I could not simply call the head editor’s office, he informed me that there was a process to publishing. For some reason, I had thought books were published simply by calling the biggest and most powerful name in the list of editors you could find, and convincing them you were awesome sauce. But here was something new: revising and querying and researching and never, ever phone-calling.

As the guard hung up, he encouragingly said he hoped he’d get the chance to guard my books one day.

After that first rejection, I didn’t want to be naive to the publishing world any more. I refused to let myself be forwarded to security again. So I read every single book I could find on the publishing business. I went to the library, searched for any books under the categories “Authorship” or “Publishing”, and then unloaded as much of the shelf as I could carry. My mom had an educator’s card that allowed up to 100 books checked out at once. We’d cart a van-full home each trip. 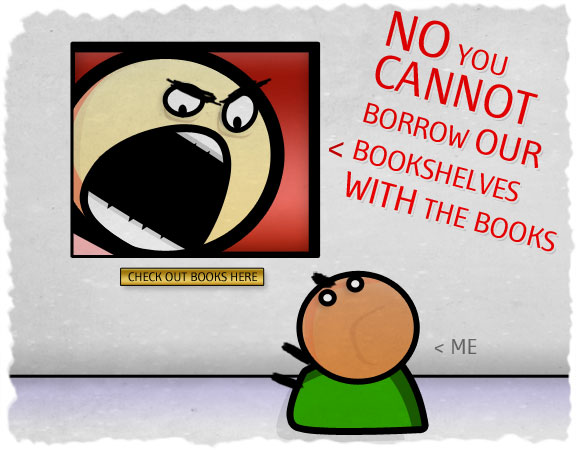 In fact, I was so eager to see my book in print that by the time I turned sixteen, I knew ALL of the major publishers, their head editors’ names, the names of their assistants, their mailing addresses, and the top selling frontlist titles at each house. I would go into a library and pick up books based on which publishing house’s logo was at the bottom of the spine, until I learned exactly what type of book each company seemed to like best. Years before my first novel was even completed, I had compiled a database of agents and a dossier of New York literary bigwigs to almost-creepy proportions (Liz Szabla: in 2001, you had an assistant named Jennifer, right? RIGHT?! Of course you did…**).

To some people, this might seem like a very desperate dream at that age. But it was a big dream, and I knew that if I wanted to reach it, I couldn’t put it off until I was older. I had to start aiming for it right then, before I was thrust into the world and lost myself in a job or college or the important things that the big scary adults did all day. I knew that if I skipped my chance then, it might be years before I could devote time to becoming an author.

I had my first book signing for my first novel on my 21st birthday: a grand birthday gift to myself for nearly half my life of hard work and big dreams. I’m certainly not a literary genius like John Green or JK Rowling. But, I wanted it, no matter how many years of improvement it would take me to get published. I didn’t want to settle with talking to the guard downstairs.

For anyone who wants to write, and anyone who dreams of becoming an author: reaching for the dream is the best first step you can take. If you want something enough to work for years with no promise of any concrete reward, you will find a way to make it happen. My first stories were abysmal. The first ten drafts of my first published novel were abysmal too. But when you want something so much that you’re willing to go after it despite the rejections, you’ll eventually get an editor who will call you on the phone instead.

There’s a happy ending: the publishing house who sent me to security is now one of my publishers. Guard the books well, Mr. security.

*I have been practicing my autograph since I was 9 in preparation for the time I knew I would become an author. This is why my signature now takes .045 seconds.

** Liz Szabla was once an editor at a giant publisher. This is an example of my creepy publishing spy work.