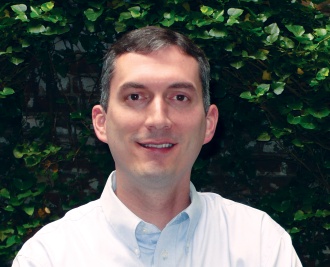 I have a knack for meeting people at just the right moment. I met Kaza Kingsley through an email I sent after taking a peek at her book in a store. I met Renee, a radio station manager in Florida, who just happened to be looking for a new radio show for teenagers when I called. And recently I met an author named James Dashner, who has been around once with a series but is coming around again to take on the world.

I just got word that James’ soon-to-be-released book has already sold more in presales than his first series in its entirety. Also, his book The 13th Reality: The Journal Of Curious Letters has been chosen as a Border’s Original Voices pick for April. How’s that for a start? It comes out on March 3rd, 2008, so be absolutely sure to get it, and if you’re still not convinced (shame on you) go read my review.

The cleverer side of me demanded that I nab an interview in case James grows into an elusive author like Lemony Snicket or JK Rowling or Obert Skye (Charles Dickens has been flat-out ignoring my requests for some time now as well). Thankfully, James is awesome and agreed right off to answer what I like to call:

The 13 Questions for The 13th Reality

1. Thanks James so much for coming on. To start off, where did you get the inspiration for The Thirteenth Reality?

Thanks Kaleb Nation! I’m glad to be here.

It came from some serious brain pounding after being given one week to come up with a proposal for my eventual publisher. I’d submitted a different book to them, and they liked my writing, but didn’t feel that particular book was right for them. So I worked my tail off to write a proposal for an idea that had always bounced around in my head: The concept of a group recruiting kids by sending out riddles and clues, but also horrible, dangerous things to try to stop them while they solve the mystery.

2. In what ways do you feel your writing changed between your first series (Jimmy Fincher) and The Thirteenth Reality?

Oh, man, it’s not even funny. Sometimes it’s painful to go back and look at my very first book, A Door in the Woods. I’ve come a very long way, and learned many things. Hopefully, this new book knocks the socks off my old stuff. Not that I don’t like Jimmy Fincher-I’ll always love that story.

3. What was the hardest part about writing The Thirteenth Reality?

Developing the characters of Paul, Sofia, and Sato. The nature of the story is that Tick can’t meet them until almost the end, so I had to do it through emails. It was very hard, and I don’t know if I succeeded. But you learn a LOT more about them in Book 2.

4. How did you come up with the character names?

Oh, there’s usually a meaning behind them. I have a brother named Paul. Atticus is a tribute to To Kill a Mockingbird. Edgar was my Grandpa’s name. Lorena is my Great-Aunt’s name. Mothball and Rutger just popped in my head, however.

5. I was struck by the realistic family life references (aka, the junk drawer and Scrabble nights). Were these inspired by your own family?

Definitely. I get so tired of the old standard – orphan kid who lives with people who hate him. They always say write what you know, and I grew up in a happy family with supporting parents. I know that many kids weren’t as fortunate, and I’m committed to using my authorship to help those kids. And maybe my book will give them some hope, I don’t know. But the book also shows the other side. We learn in Book 2 much more about Sofia and Sato and the not-so-nice lives they’ve lived.

6. Do you have the number of books and plots of each one in the series planned out, or do you like to surprise yourself?

The series is planned to be 5 books, and they are outlined on a very basic level. I know the overall arc of the story through the whole thing. But I’m sure many surprises will pop up as I write the books.

7. Will the rest of the books in the series focus on Tick or will they explore the stories of the other characters?

Tick is definitely the main character, but everyone introduced in Book 1 will be heavily explored. In fact, Book 2 goes in a direction no one will expect in terms of Tick himself.

8. What do you think it takes for a writer to become an author?

It takes a lot of practice. I’m not sure why many people think writing is just an all or nothing thing – that you either have it or you don’t. It’s no different than basketball or piano. Practice makes you better. Write, write, write. Study your craft through books and writing conferences. And then submit your work like crazy and grow thick skin when the rejections start piling up.

Persistence is the key. I really hate all the nay-saying that goes on about becoming an author. I can’t tell you how many people pointed out to me that only 1 out of 1000 who try to get published succeed. My response: I feel sorry for those 999 other saps! If you work hard, act like a professional, and never give up, YOU WILL GET PUBLISHED. I firmly believe this. Boo yah!

Kaleb’s note: I’m going to start waking up every morning and shouting that. Boo yah!

9. What is one thing you have learned regarding publishing that you wish you could tell to all up-and-coming writers who want to be authors?

That’s easy: Rejection is part of the game. It hurts, and it will always hurt. But no matter how good you are, no matter how brilliant your work, the odds are astronomical that you will never receive a rejection. Or 10, or 20, or 100. If you learn to accept it and keep submitting, reworking when necessary what you’ve written, you’ll find a home.

10. Sometimes writers ‘recycle’ characters- someone who was cut in one of your older books or stories who appears suddenly in your newer writing. Do you have any characters who did this when you were writing The Thirteenth Reality?

Wow, that’s almost creepy that you asked that. When I originally wrote the book, the main character’s name was Mason McGee. My publisher looked at me with a blank face and said it was awful (sorry to all you Mason McGees out there). So I stole a name from a different book I’d written, one which I highly doubt will ever be published. And that’s how Atticus “Tick” Higginbottom was born!

11. The first book in The Thirteenth Reality series comes out on March 3rd. How does its release feel different from the release of your other novels?

Oh, there’s no comparison. My previous novels were with a very small publisher with very limited distribution power. It took awhile for them to gain steam from word of mouth. This feels totally different. This new book will be in every bookstore in the country on its release date, with a very heavy marketing campaign, including a national tour. To give you some perspective: the presales and orders from bookstores have ALREADY exceeded the total sales of all 4 of my previous books.

12. Is there anything you can tell us to expect for the second book?

I’ve kind of given you some hints in other answers. I’ll say this: I think Book 2 is awesome! By nature, the first book in a series has a lot of set up. In fact, we’ve gotten very good reviews for Book 1, but many people have commented on how much they loved the last 100 pages of the book and wanted more. Well, they’ll get it in the sequel. It’s called The Hunt for Dark Infinity and comes out in March 2009.

13. If your book was to appear on the New York Times bestseller list next week, how would you react (I ask because I want to be known as the person who predicted it 🙂 )?

Well, first I would fall on the floor and crack my skull. Hours later, when I wake up in the emergency room and look up at the doctor sewing my brain together, I’ll smile and ask him to be very careful with the part that gives me ideas.

My publisher is not really expecting to hit the List this time around. I’m an unknown, and it may take a little time to get the word out. But I do know they’ll be heavily disappointed if Book 2 doesn’t debut on the List next year.

Having said that, I’ll admit there’s a teensy tiny little part of me that’s hoping for it. But it’s a long shot. And it doesn’t help that a lot of bookstores put the book out early, meaning we’ll have a trickle instead of a one day slam to open. But hey, I’m not going to complain. I’m the happiest dude on the planet.