Alas, I think I have fallen prey to the dreaded condition of Editingosis. In the Guide to Authorly Conditions, Editingosis is defined as

[…] temporary affliction which plagues writers, usually in the second half of the year, in which the afflicted suffers from bouts of forgetfulness, untidiness, unkempt appearance and frequent whining […] This is caused by editing taking so much brain power, there is simply not enough left for trivial matters such as Housework, Entertainment, Sunlight or Getting Out Of The Apartment.

It isn’t only me who’s out and about doing edits: loads of other writers are celebrating Revisions Season with me. I woke up this morning, after a wonderful didn’t-end-until-2-AM-but-I-got-2500-bloody-words-cut day of editing yesterday, only to find that many of my usual duties have gone undone.

To my utter shock and surprise, not only were my dishes crying out for my attention, but some absent-minded person had left more mess all over the bed. 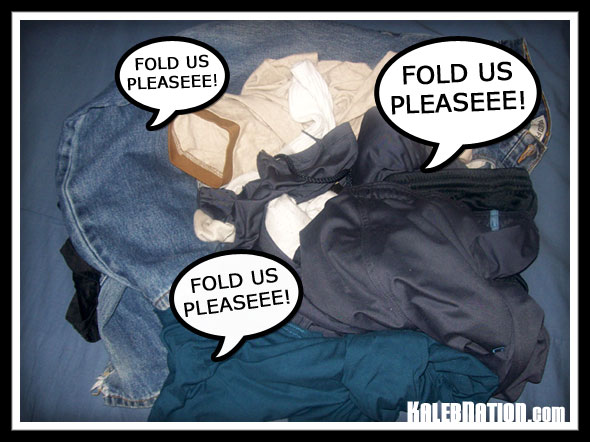 The problem with Editingosis is that things really aren’t as bad as the condition makes you believe, and I quite possibly could get outside, see that glowing golden ball of gas, and dart back inside, and still make my deadline. I think by spending so much time revising, I’m violating my own editor’s commands:

Me: Yes, yes! Summertime! I’ll edit all day, every day!

Editor: Good. But make sure you get outside and have some fun this summer too.

Editor: Great. One of THOSE authors…

All things are going very well. Just yesterday, in fact, I managed to cut about 2,500 words of plot meandering in one sitting. That is a lot of meandering, and has no place in a finished novel, so I’m actually very happy these word cuts are forcing me to be creative with the limbs of this book I chop off, armed only with a pen and two keyboards (yes, I have two keyboards).

My family was particularly disgusted after my previous post, in which I said a certain loverly (and wickedly unpleasant) character was taken out. You have to remember that they have seen this book in every stage, from the first draft when I was 14 all the way to now. They pretty much know all the characters who were in and are now out, and all the histories and backstories from each draft. So, to oblige them, I have decided to at least make a mention of the character I killed, just to keep her out of the Prison of Removed Characters until the next book. And after the book is out, I’ll take one of my commenter’s suggestion and post the deleted scene on here.

Somebody emailed and asked if I could show my writing notebook. I actually have a bunch of different writing notebooks and printouts and notes, and at the moment a few of them are sitting in a General State of Disorder on my side desk: 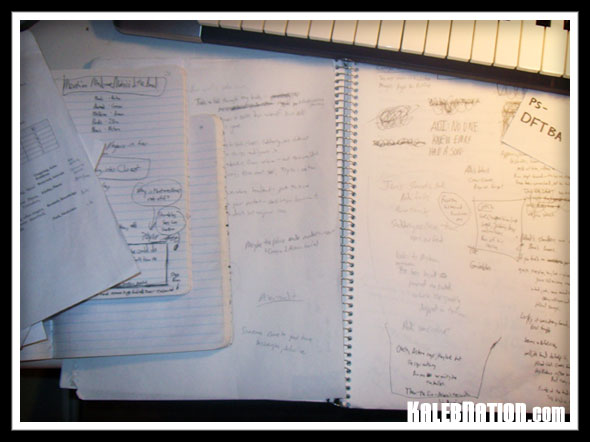 You can’t really read much of it but that’s they way it’s sitting on my desk right now. The big notebook to the right is an enormous, 11×14 inch drawing pad I use for plotting scenes out and working out notes (on that page in particular, I’m working out some gnome business). Then, on the left, I have two smaller notebooks. The corner of the printout is (by pure coincidence) partially covering an important piece of information (he he).

I have this melody playing in my head right now that I will probably be recording very soon into a new song. When I say that, it could be weeks before it is finished, but that melody is the beginning. Also, I have two very important interviews coming up: one with me, and one with someone else.