Today I returned from school to find that my publishers have finally completed the copyedits for Bran Hambric: The Farfield Curse! In publishing, a copyeditor reads a manuscript even deeper than a normal editor does, checking for everything from consistency mistakes to style errors all the way to the gritty commas and exclamation points (of which I had many). A copyeditor also helps me make sure that everything lines up perfectly, and really adds the final bit of polish to the book before it goes off to the printers:

Visualization for what Copyedits do

So, as today is Friday, and these edits are due on Monday, I am barricading myself in my apartment with the Lemony Snicket soundtrack

, as much Anberlin as one soul can take, and all 115,000 words of my book. My goal: to attack it with as much ferocity as I can muster whilst living off microwave Mexican food and macaroni for two days and three nights. My editors left no stone unturned, as evidenced: 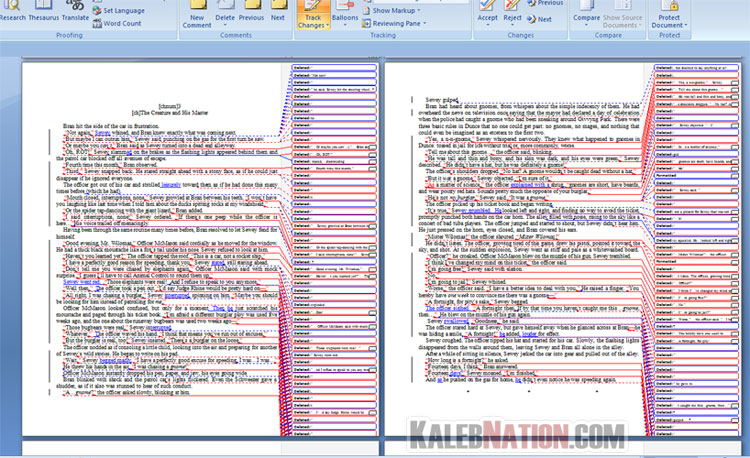 Copyedits for The Farfield Curse

Each red marking is from one editor, and each blue marking is from another. I have two days to read and approve each edit — and the photo above is just two pages out of nearly 400! (ADDED: It should be noted, however, that every single quotation mark in this entire novel had to be changed to a different style, so the majority of those marks above are from that!)

It’s actually one of the most important steps in this process. A copyeditor can’t even change anything in the story, but they correct so many tiny mistakes that even after years of my editing, most of the manuscript looks like the two pages above! I have to approve or reject each change to make absolutely sure that everything stays exactly the way I intended when I wrote the book.

In OTHER news, my friend Kaza Kingsley has her first two Erec Rex books being re-released on April 9! Kaza and I met just after I signed with my agent, and I saw her book EREC REX: THE DRAGON’S EYE

at a local bookstore and decided on random to write to her. She replied to my email, and we became good friends over the internets (she later got me as the designer for her book’s official website!). By amazing chance, she later signed with my literary agent without even knowing, and he sold her series to Simon & Schuster for re-release. If you like books with epic quests and boy heroes and dragons, you should definitely check her books out next week!

By the way, I had to turn in another project for my photography class today! The assigned concept was to show motion with shutter speed, either by freezing it or by having a little bit of blur. Tell me what you think of these (click to see them bigger): 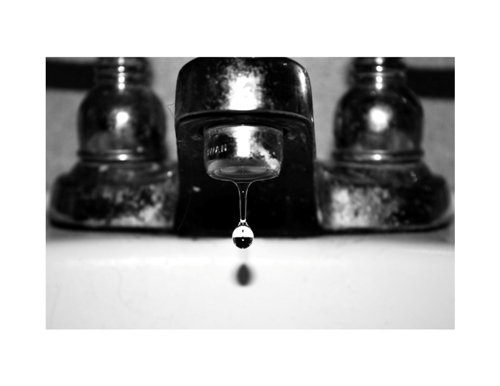