Almost eight years ago, I had the idea that would eventually become my first published book. I wrote the first draft in six months. Time to publish! thought I. Little did I know that five years of rewriting lay ahead.

All writers take this road. You’re left for a long time with your goal dangling just out of reach, your publishing legs growing longer with each day but your logical side wondering if you’ll ever be tall enough. You live on dreams and hopes. For this reason, to keep me going as I rewrote my story, I dreamed ahead by making my own book covers.

The first cover of my first book was made in 2003/2004, and featured Lord Of The Rings concept art and the original title of the book. Also, my old pen name, and a very, very audacious bit of labeling at the top. I call this BRAN HAMBRIC AND HIS BRIGHT RED WORDART TEXT: 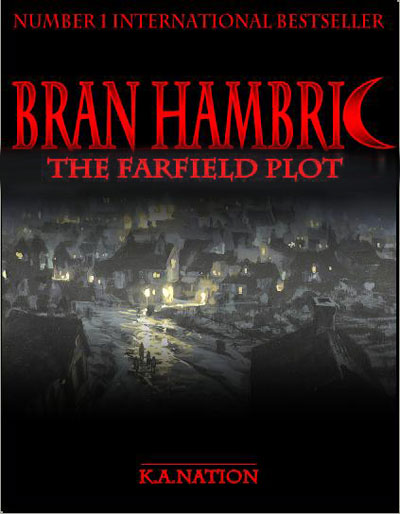 In 2005 I went dramatic. I tossed the moon necklace into a floating orb of energy and made BRAN HAMBRIC, VAMPYRE KNIGHT MASTER: 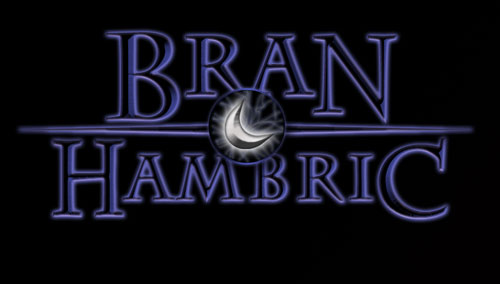 Later in 2005, I was informed my book was not dark enough to merit neon blue text. Also, I decided to drop the second part of the title altogether. So I cartooned it up a bit with some blue and gold, to make BRAN HAMBRIC IN HAPPYFUNVILLE WITH TWO CURVED GRADIENTS: 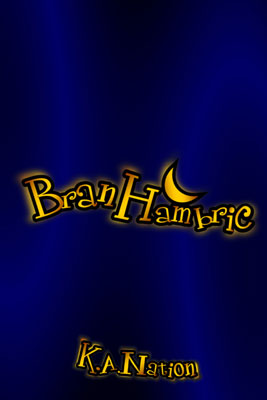 Even later in 2005 (I was on a design craze) I propped up a pair of jeans with paint sticks and made my most contemporary cover in ARE YOU THERE GOD? IT’S ME, JUST AN ORDINARY BOY BRAN HAMBRIC: 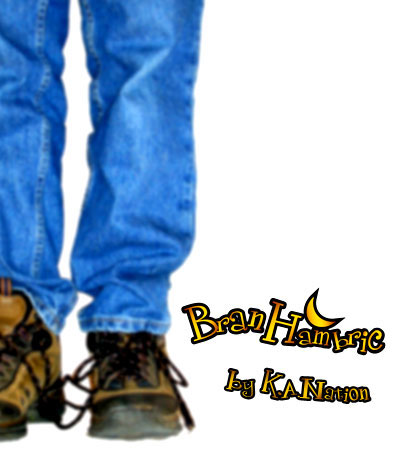 In 2007, I finally learned some basic design essentials. My parents relented and let me use my full name. I brought back the rest of the title. I tossed in some gnomes, misty clouds, and boom! BRAN HAMBRIC AND CASPER THE GHOSTLY TEXT: 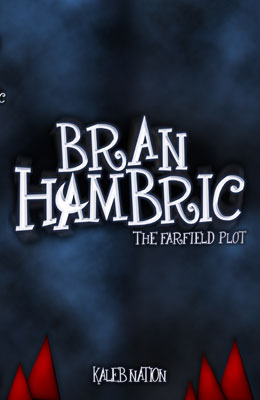 Later in 2007, I got the latest Photoshop, and really went at it. I designed a logo from scratch, turned the inner glow WAY DOWN, and went for a simpler, more mysterious cover. Also, mist. Which makes this BRAN HAMBRIC YOU BETTER WATCH OUT FOR THAT BLACK HOLE: 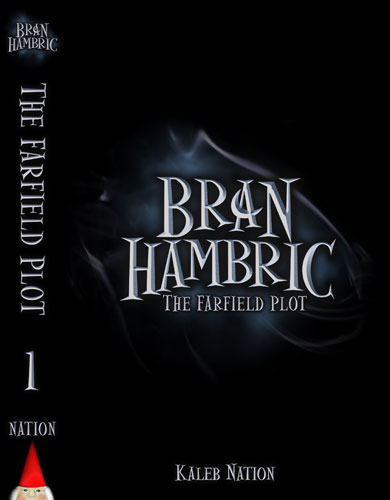 As you can see, my design skills improved somewhat as I went on. The logo in the last book eventually became the logo used on all the Bran Hambric covers. So sometimes, procrastinating around in Photoshop between drafts actually does pay off.