How Chicken Nuggets Go Viral: The Rise Of The Micro-Influencer 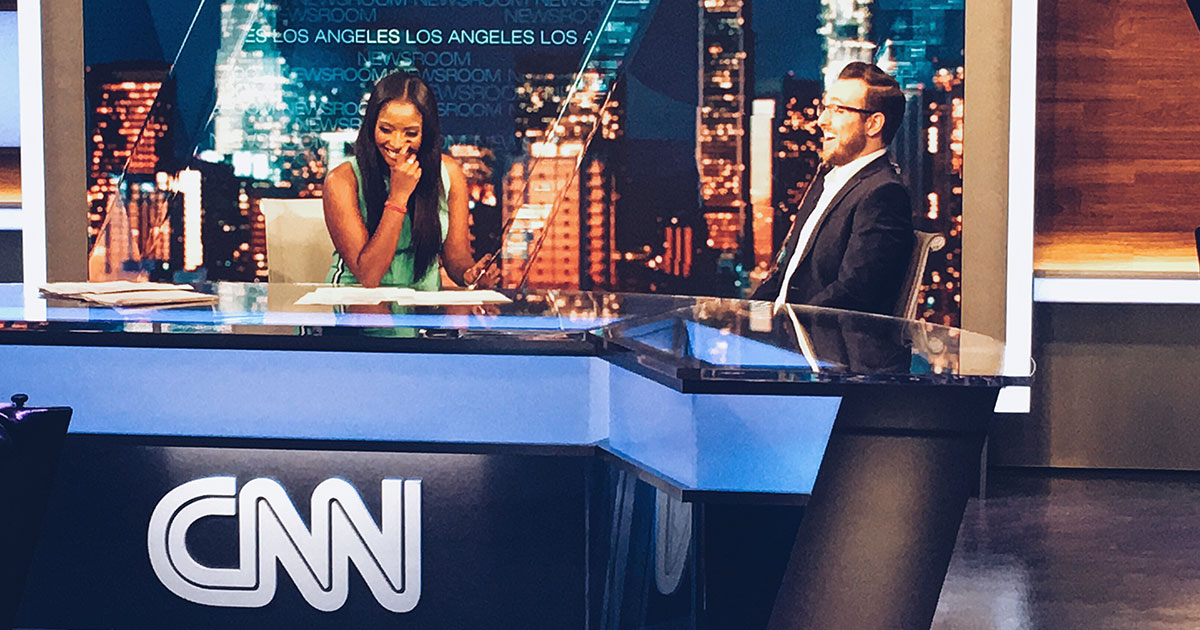 How Chicken Nuggets Go Viral: The Rise Of The Micro-Influencer

This week I was a translator between CNN and the interwebs, explaining how chicken nuggets can go viral. Welcome to 2017.

There’s a new type of celebrity in town and they’re famous for not being famous. We’ve been inundated with Photoshopped perfection and publicist-approved statements so much that we’ve stopped trusting everything we see. Does Kim Kardashian actually like the flavor of that coconut water or was she paid $500,000 to take a selfie with a plastic bottle and post some pre-approved text? Did that photo of the Labrador delivering pizza to the homeless go viral because it was wholesomely cute or because he’s holding a box with a prominent Dominos logo and a marketing department pushed it to the top of Imgur with bots? As they say on Reddit… /r/HailCorporate! 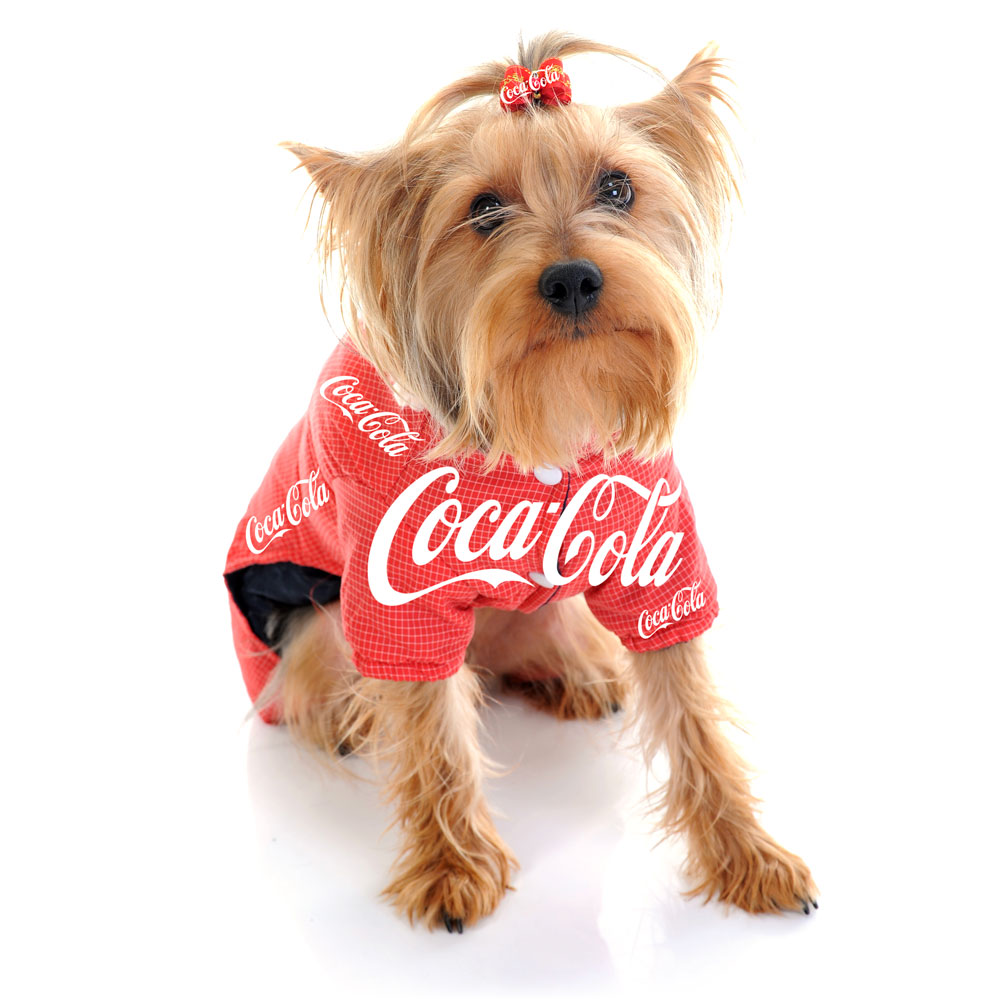 Sponsor? What sponsor? I see only a cute puppy.

The old way of celebrity promotion doesn’t work anymore. When brands first started to experiment with online influencer marketing, numbers ruled everything: the people with the most followers got the biggest deals. Brands are starting to figure out that the quality of a star’s fans means more than the quantity of their fans. If a company pays $100,000 to sponsor a post from a TV celebrity with 1,000,000 followers, it usually doesn’t bring as much return on investment as it would if they paid $10,000 to 10 Youtube channels with 100,000 fans each.

“We see micro-influencers get an average of two-to-five times more organic engagement per Instagram post, compared to those with more than 100,000 followers.”

A celebrity with a million fans is a professional business with lots of other sponsors, while a personality with 100,000 fans is the leader of a dedicated niche who is excited that a brand likes them enough to help pay their bills (something their fans will definitely recognize).

Brands will always need big channels and celebrities to grow awareness but they need micro-influencers to grow a following. Smart brands are realizing how important it is to find genuine, authentic personalities whose love can’t be bought.

Internet users have gotten smarter and can smell insincerity right away. Celebrities don’t drive as many clicks as before because their followers see a dozen #spon posts a month and have realized that many celebs will promote anything for money without actually verifying its reliability (see: #FyreFestival). This is why people such as the #NuggsForCarter guy and Alex From Target are a brand’s viral marketing dream. There’s nothing more authentic than a random, unpaid, non-famous person going viral because they declared their love for your products.

Taco Bell was really at the forefront of finding authentic voices to boost their online image. On the Internet, Taco Bell puts relationships first, business second. Years ago, I randomly started tweeting funny things to @TacoBell to see their snarky replies. They didn’t need to pay me anything: I love Taco Bell, their tweets are hilarious, and anytime they’d reply to me I’d get a bunch of new followers.

I AM CRYING TEARS OF HOLIDAY JOY.

IT IS A @TACOBELL CHRISTMAS MIRACLE. pic.twitter.com/pKFBPV1tKG

As time went on, our relationship deepened — just as naturally as an offline, IRL friendship – with an invite to Friendsgiving at Taco Bell headquarters, house parties, and even a trip to New York for the MTV VMAs. They sent a DM encouraging me to audition for their TV commercial (I got a small part and bought an engagement ring with the money). They flew me to Florida to speak at their franchisee convention and put me and my wife up in the same hotel where we first met. In June, they’re bringing us to Vegas to host a livestream of the first wedding in their new Taco Bell Chapel. 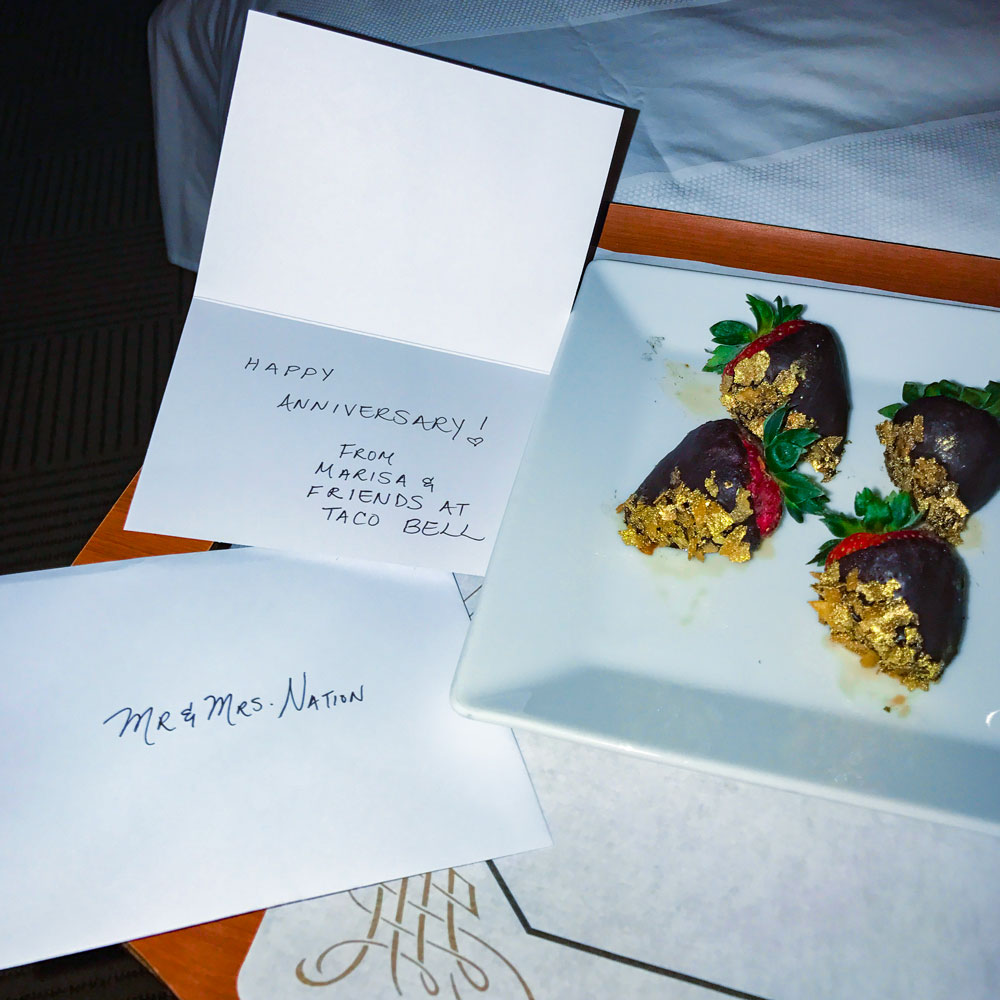 It’s worth noting that Taco Bell doesn’t know I’m writing this or that I’d mention them on CNN. I think that’s the key. I’d promote Taco Bell even if they never paid me because we’re Internet friends. We do nice things for each other and it all evens out in the end.

Right now, the online influencer community is reeling from an #Adpocalypse as analysts predict nearly $750m in ad buys were pulled from YouTube after brands found their ads running against upsetting and offensive content. Setting aside questions about the validity of their concerns and Google’s response, it is obviously no longer viable to simply be a “YouTuber” and expect your bills to get paid.

I felt this coming back in 2010. Years ago, when I was a full time YouTuber filming 5 days a week, it became a struggle to keep my content clean when I was desperate for views to pay my rent and watched many others getting massive exposure for being provocative and offensive. I can understand the struggle of an emerging YouTuber stuck in the loop of needing money to make videos to get views to pay their rent so they can keep making videos and getting views. I posted my share of MyLikes links back when I needed surgery and didn’t have insurance. But anytime I considered reinventing my videos with a fabricated, edgier persona, I thought about my little group who followed me specifically because I was a break from the Internet’s norm. Apparently they wanted positivity and clean humor mixed with wackiness and gnomes. They just wanted me to be me.

Staying PG slowed the growth of my channel back then but it’s paid off over time. Because all 700+ of my 10 years of videos are family-friendly, none of my old videos lost their advertisers in the #Adpocalypse. Not one. In fact, even though I’ve been on a YouTube break for a while, I still landed my biggest brand deal a few months ago.

Every creator’s career can’t be gauged on my choices. It goes both ways. I haven’t succeeded because I create things that tend to be PG — it’s because everything I make is authentically mine, and my voice just happens to be PG. If Stephen King published a children’s Bible coloring book because Christians buy a ton of books, it’d feel phony since that’s not the King we know (though I admit this is a terrible example because I’d still preorder it). 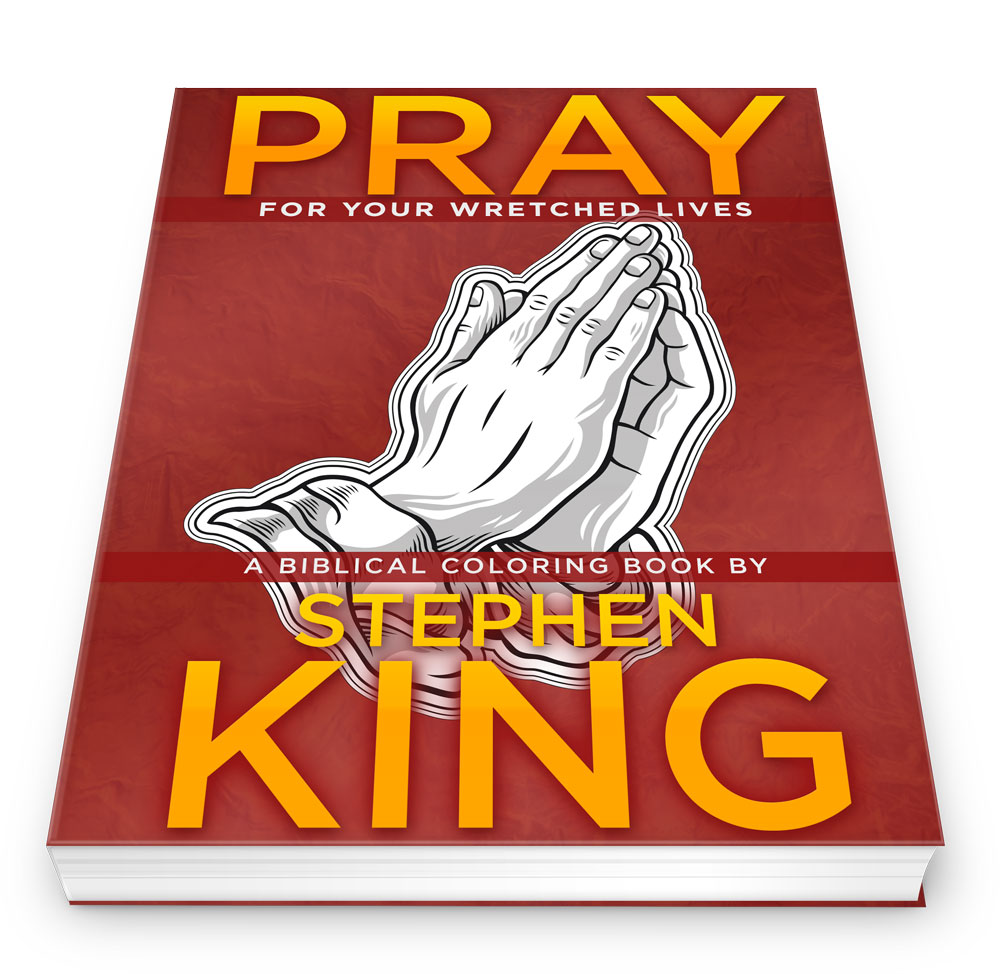 Or should it be called “Prey”?

The Internet needs provocateurs and outspoken voices to start controversial discussions that big brands may not want to be a part of. But for every big brand that wants to play it safe for middle America, there are a hundred smaller brands who want to reach people outside of the mainstream demographic. If you want to vlog about the genetic history of North American pelicans, enjoy those inoffensive Adsense checks. But if McDonald’s doesn’t want to advertise on your channel about sex tips… don’t worry, you’ll still sell 300,000 copies of your sex-ed book to the dedicated fans you’ve made just by saying what you want the world to hear. Relationships first, business second.

That’s the real secret to being a successful influencer. Don’t chase the money. Be honest. Be genuine. Be yourself. Fans and brands will find you on their own.

Any major young-adult brand that isn’t following in the footsteps of Taco Bell and Wendy’s will fade into Internet obscurity. Anyone who still doubts the influence of social media marketing should take a look at what #NuggsForCarter did for Wendy’s stock. 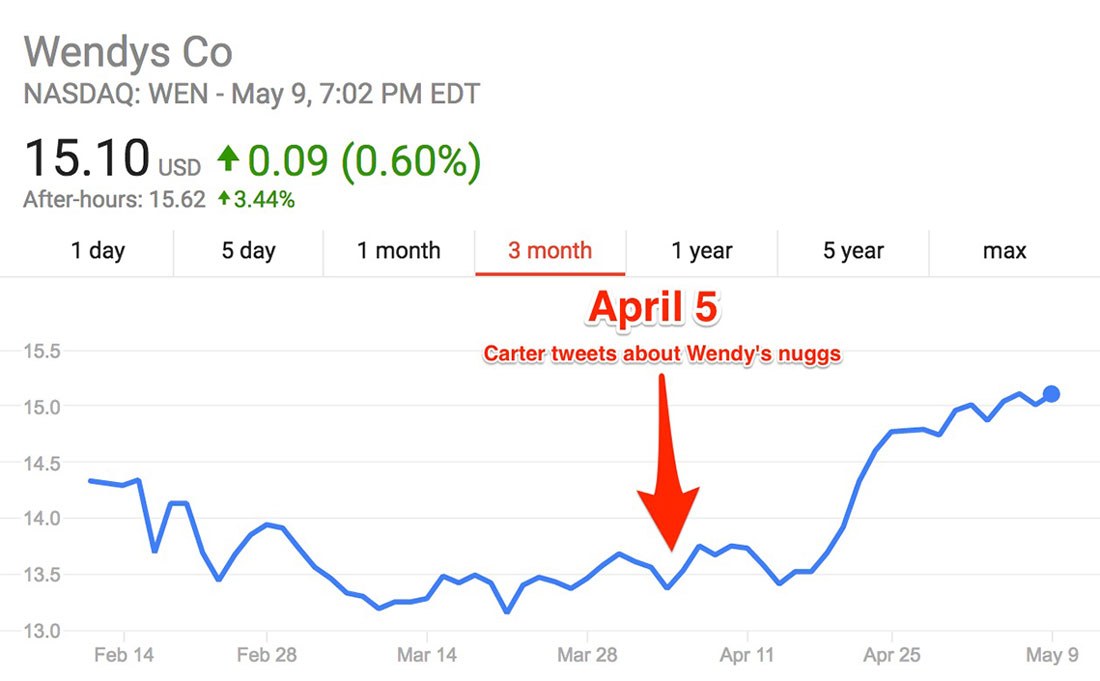 The last time Wendy’s stock was this high was in 2007. That’s the same year I started my YouTube channel. Back then, a lot of people told me I should “get a real job.”

Nobody tells me that anymore.