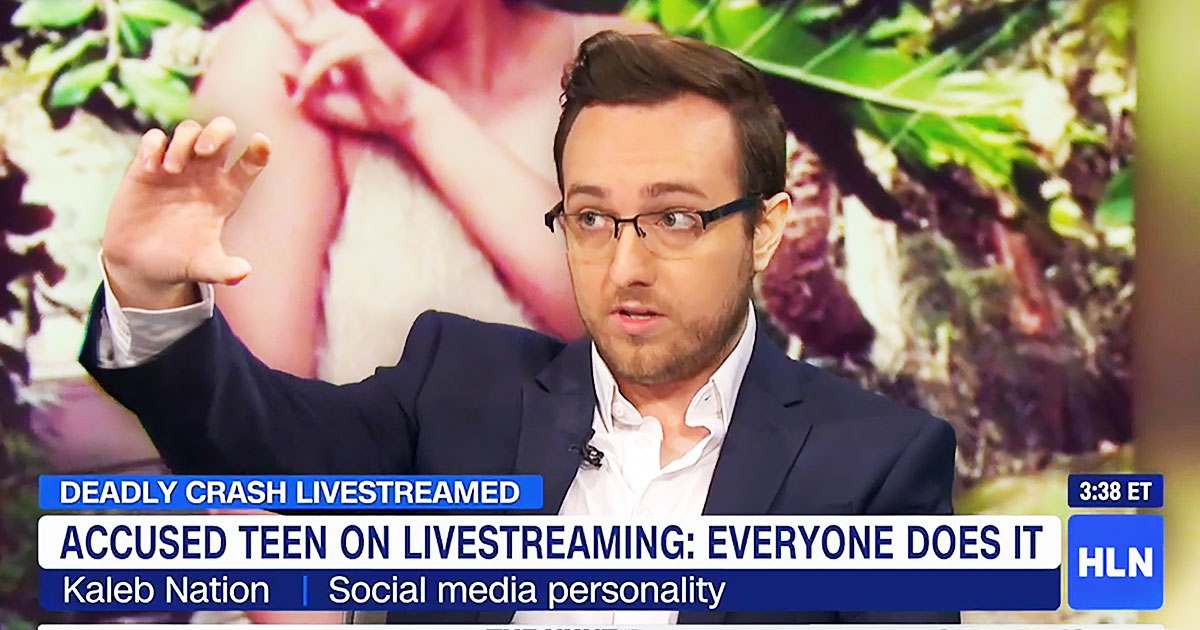 Top Youtubers are following a dangerous trend that’s killing teens. Almost everyone does it — years ago, when I was a daily vlogger, I did it too. A lot of people wrongly believe this is safe. The only way your favorite vloggers will stop is if YOU keep telling them (and your friends) about the enormous risks. I joined Michaela on HLN to discuss how vloggers and influencers can help put an end to this deadly habit.

It only took me 10 minutes of browsing random daily vlogs – all posted this month with millions of views – to find four influencers doing the same thing that got these teens killed (sans the driver’s reported BAC). They probably have no idea that this is so dangerous because they’ve also seen many top vloggers doing it before them.

Sound familiar? Vloggers tend to make these same excuses when this topic is brought up. Those words are actually from Obdulia Sanchez on a phone call from jail, trying to explain why she live streamed the deaths of her two teenage passengers.

No Youtuber is at fault for what happened. People make their own choices. But teens see their favorite vloggers doing this every day without dying, so why should they worry? This way of thinking will keep leading to more deaths until top Youtubers step up and say it has to stop.

Your life is worth more than anything you’ll say into the camera while you’re on the road. Don’t take the risk. Vlog when you’re vlogging, drive when you’re driving.